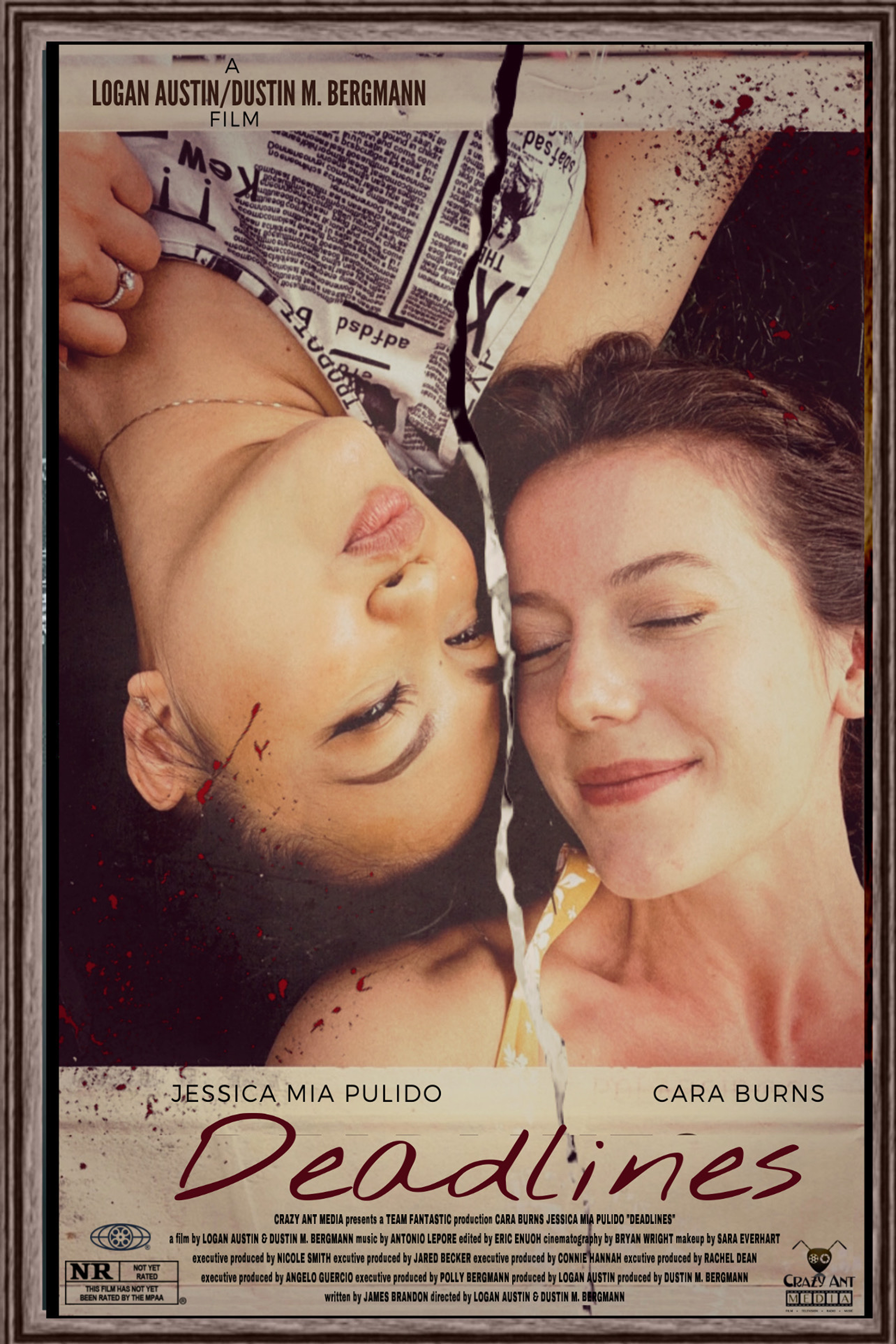 “Deadlines” was filmed mostly in Charlotte, but had behind-the-scenes shots in Davidson. /Courtesy Crazy Ant Media

DAVIDSON – Davidson will be home to the culmination of hard-working local film crews, COVID challenges and a welcoming community when a short film holds its premier Thursday, April 21.

The red carpet will be out in front of Our Town Cinemas to celebrate “Deadlines” before it heads to film festivals and streaming platforms in households across the country. The directing team of Dustin Bergmann and Logan Austin shot primarily at Johnson C. Smith University in Charlotte, but are plenty familiar with the Lake Norman area after conducting  behind-the-scenes work here.

The Crazy Ant Media production company took pride in using actors and crew mostly based around Charlotte, and getting to hold the red carpet in our community.

“The response so far has been phenomenal,” Bergmann said. “A huge props to Our Town Cinemas. The second I reached out, they were all in. They couldn’t be more positive.”

The locally owned cinema faced a perilous period during the pandemic, but has survived in their corner of the Sadler Square shopping center. The filmmakers hope the film’s message and twist at the end leave attendees exiting the theater talking about what they just saw.

“That’s not a chain, that’s a mom-and-pop, to survive what they were able to survive,” Bergmann said. “We can bring even more attention to them, having our premier there is a win-win for everybody. … (Davidson’s) a beautiful setting, I’d love to come back to shoot a rom-com there or something.” “Deadlines” is about a college couple after an on-campus shooting, who are in a heated exchange about what happened and what to do next. One of the characters has descended into a dark place, and that’s where the story picks up.

Since the film discusses mental health, gun violence and racism, the directors acknowledge it deals with often uncomfortable topics, but hopes taking those helps inspire both viewers and other filmmakers.

“It is a suspense drama, it’s entertaining, but it’s also meant to start a conversation,” Bergmann said. “There are some warning signs before somebody gets to the point where our one character is, so maybe we can start a conversation to make sure we can help people who are in that situation.”

On screen are Jessica Mia Pulido, from Virginia, and South Carolina-based Cara Burns.

“Deadlines” was shot over a 48-hour period last June, after JCSU’s commencement. It was a time when COVID conditions were beneficial since the crew didn’t have to worry about maneuvering around students and faculty going about their daily lives.

“By the time we decided to shoot, the campus was empty,” Bergmann said. “If campus wasn’t empty, it was going to be a whole lot harder for us to pull off. They were amazing, and what we were able to do and access we had to campus was phenomenal. You don’t normally get access to a dorm building without a bunch of people around.”

Crazy Ant is now based in Charlotte, where the movie “Talladega Nights” – Ricky Bobby’s house is in Cornelius – and “Homeland” TV series have been filmed. They got their start in Biloxi, Miss., before a stint in Los Angeles, but North Carolina has been an ideal place for them and others in the industry.

“We saw the market was booming, revitalizing, especially in Wilmington and Charlotte, so we started toying with the idea of creating something here,” Austin said.

He praised the experience working with Charlotte Regional Film Commission, but also some of the local establishments up here.

“Soda Shop is so good,” Austin said. “It’s so instrumental into the community, everyone can feel like they can just show up. It’s a small-town feel that everybody is looking for.”

How to watch: Amazon Prime on April 22, short film festivals